Association created in 1996 in order to formalize the existence of a group of researchers and wallers organizing bi-annual meetings since on 1987. The association is supported by the volunteer participation of interested citizens (craftsmen, researchers, users) that recognize the values of drystone structures.

Since the existence of the group (informal and formal) 17 international conferences on dry stone have been held : 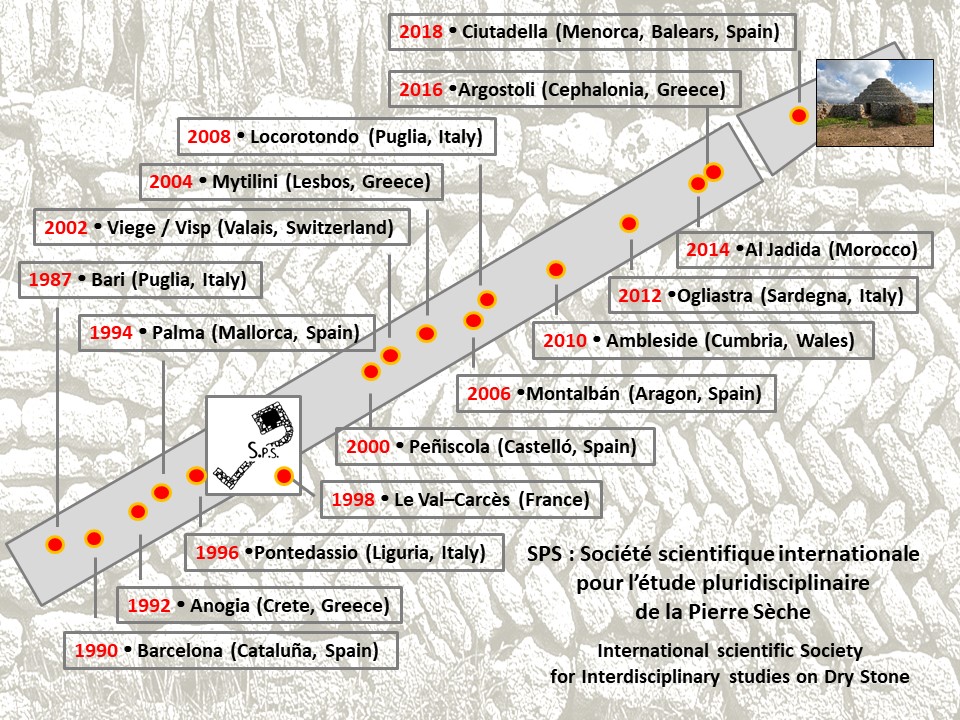